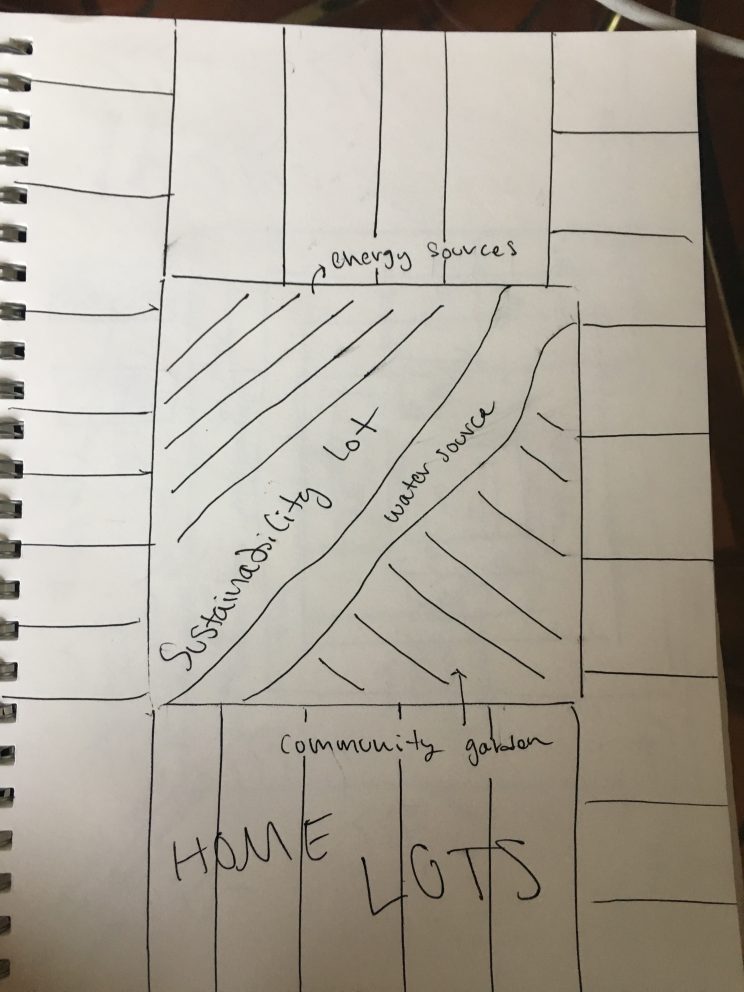 The social problem that my utopia will attempt to solve is that of how we handle, correct, manage, and treat deviance. In our class on heterotopias, we discussed the ways in which they can operate as regulatory institutions, exceptional spaces that are made to create good citizens. Three examples of heterotopias, the school, the psychiatric hospital, and the prison, are also constructed in part to handle deviance. The purpose of the school within society is to produce young adults who are ready to be citizens, -however, the punitive measures that schools utilize often result in a student being labeled as deviant, which can be harmful to their educational and social performance within the system. The psychiatric hospital reached its prime in the early-to-mid twentieth century, and was a method of closeting people away who showed traits that society deemed deviant. The downfall of the psychiatric hospital co-insided with the rise of the prison population– this is what some sociology scholars call “the punitive turn”. We have an extraordinarily large prison population in this country, and we have a system designed so that it is very difficult for former inmates to re-enter society with the full rights of citizenship and to participate in society without the risk of recidivism. Clearly, the way that American society handles what we deem to be deviant behavior is profoundly dysfunctional and unconcerned with the harm it causes to its subjects. The goal of my society is to reconstruct how we handle discipline, punishment, and the adverse effects of labelling people as deviant.

In its beginnings, my model of a society would have to be relatively small, with about 1,000 members at the most. Overtime, if the model was working, it would be reasonable to increase the size. Another reason that I would like the society to start small is that I would like for my society to deal with deviance within a court system. However, massive court systems tend to produce one-size-fits-all punishments, such as mandatory minimum sentences. I would prefer for my court system to cater punishments to the individual and the specifics of the offense. I would also propose that trials remain private. Although I understand the rationale of opening trials to the public to ensure there are no abuses of power behind closed doors, the publicity of trials actually serve more as demonstrations of the state’s power over an individual serve to publicly label that citizen as deviant.

I would also hope to redefine what constitutes a crime worthy of punitive action. In my society, low-level, non-violent offenses would not be suitable for punitive action as dramatic as imprisonment. In my society, it would only be appropriate to remove an individual from the community if they committed an act of violence and endangered the freedom and welfare of other people in the community. Other crimes, such as theft, could be repaired by compulsory community service- however, it is not necessary for that service to be obvious. Community service should be kept discreet to avoid deviant labels being assigned to the people performing them.

In addition, the punitive institution in my society would look nothing like the prison system in America. I am inspired by some northern European systems where the punishment is the removal of freedom itself, but not much else about the inmate’s lives change. Inmates have their own apartments where they can cook their own food, watch TV, call their loved ones regularly, and have choice over their schedules and clothing. They have town centers with grocery stores and community activities. If inmates would like to work, they are welcome to do so, but they ought to be paid a fair wage that rises consistently with inflation in order for them to have enough economic resources to successfully re-enter society. In terms of deviance, I believe this model is effective because rather than treating people as deviant subjects, there is a level of normalcy that has the potential to make them feel included in society.

The rhythm of life would not be entirely dissimilar to a typical work day– adults go to work, children go to school. However, the types of industry that people would work out would be generally geared toward community bettering. Prominent places of work would be an environmental bettering agency, the school system, sustainable agriculture, and consistent community upkeep. Community upkeep would generally be focused on keeping infrastructure updated and maintaining the sustainability plots within neighborhoods.

I would want for neighborhood units to be designed in a way that ensured everyone’s basic needs would be provided for. Central to each neighborhood would be a plot dedicated to solar panels or wind turbines, which would provide energy to the neighborhood. Nearby would be a small community garden whose upkeep was a communal responsibility. The goal of making sure everyone’s needs are provided for and the focus on community upkeep in my society is to foster an overarching sense of inclusion. This sense of inclusion, I hope, would function against factors in American society that contribute to the construction of deviance, such as the shunning of those with deviant labels.

← The Crisis of Humanity
Maga Collective →