This Utopia I designed finds its home on Parris Island, currently a marine corps training base. I chose to convert this area to my utopia for several reasons, not least for the irony. I decided i wanted to create a utopia that focuses on what i believe to be the most noble aims. So, I decided that a utopia ment to train the individual in skills necessary for success would be good and “useful” for society, but then i decided to have it go one step further. I decided that this utopia should try and export itself to the surrounding world. Not by means of mass recruitment or the building of more utopian communities, but by rebuilding communities that have fallen apart. So, back to answering why Parris island marine corps base. Symbolically the military is seen as a force of war, brutality and destruction for some, although it is clear it also acts as a force of order and peace as well. Using the notion that the military represents “destruction”, i decided to use the same space that people are trained to do this to have them trained to the opposite and this is to rebuild.

As for the broadside, i wanted to continue off the theme of repurposed military symbolism in other facets, so i chose a classic recognizable piece of american propaganda, uncle sam. He is probably one of the most iconic and recognizable examples of propaganda in the US, second only to rosie the riveter maybe. Since it has a history as a symbol of recruitment it is useful to me as a broadside of recruitment for my utopia, however I specifically changed “enlist today” to “volunteer today” and from “I want you” to “we need you”.

For the portrait of the people, again i appropriated a commonly understood symbol, this time of the average soldier. Its meant to the show the idea the common marine who be trained at Parris island is being converted into something else entirely. Instead of a gun this marine wields a hammer and flowers, representing both peaceful intentions and the intention to work and rebuild.

Lastly is the barracks, a building associated with the military. The barracks is traditionally where soldiers sleep. In my variation i’ve converted the military barracks into the classroom for which the utopians are trained and taught the knowledge and skills they need.

The Parris Island Utopia will bring an end to the pointless practice of training people to kill and destroy for no other purpose but for the sake of ensuring success in war and foreign conflicts. Instead people shall be trained at Parris island to know leadership, compassion, management, engineering and teaching. These are skills needed by the modern person in order to enable them to have the necessary skill set to rebuild the world piece by piece.

Step1: Utopians will be trained in these skills at Parris island

Step 2: The Utopians will select areas afflicted with extreme levels of poverty or failing education systems, and live there.

Step 3: The Utopians will now use their acquired skills to begin to rebuild these places physically and morally. This will come in the form of leading community events or projects, rebuilding run down or abandoned buildings, organizing youths into sports teams and other groups, and also providing proper education to those who lack access to it. 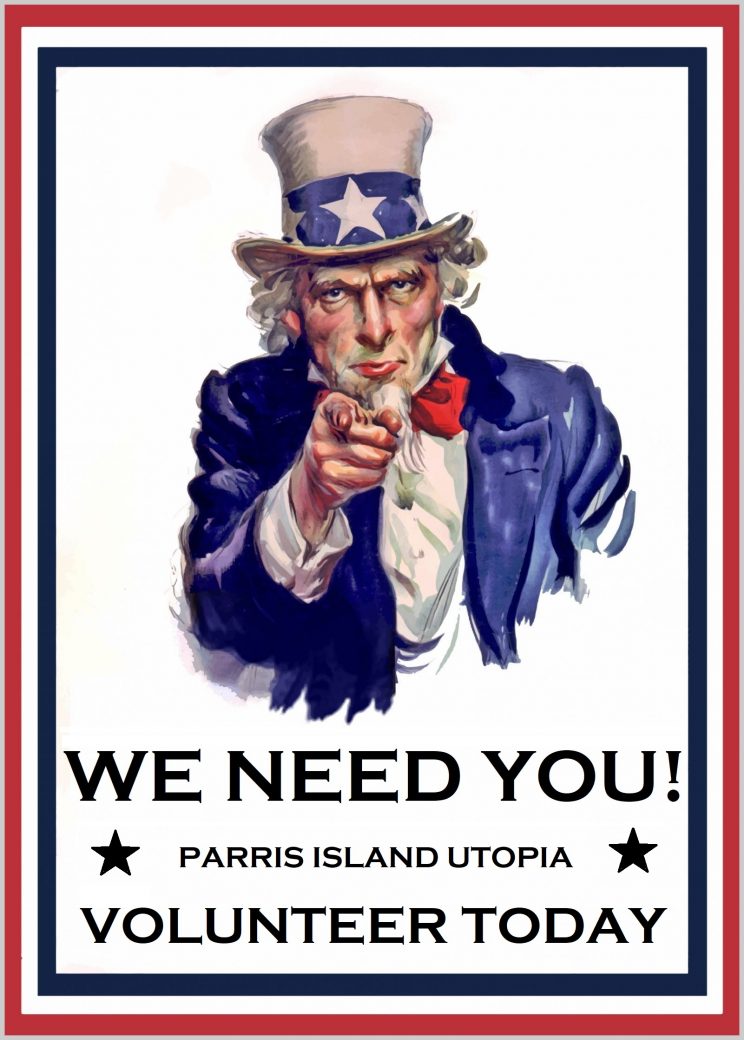 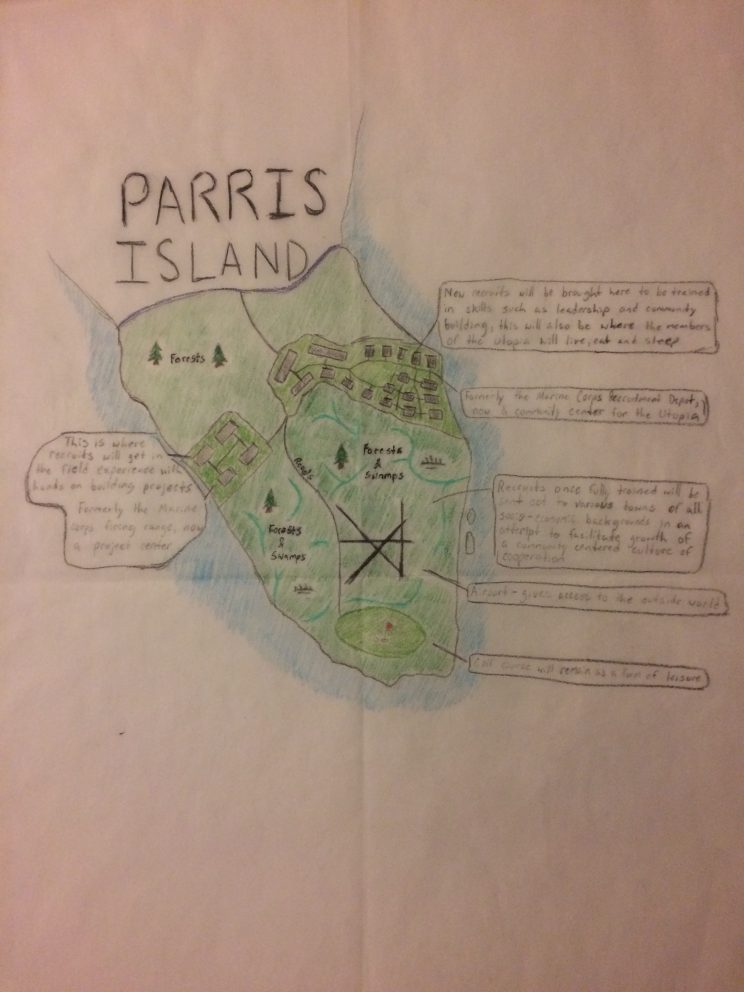 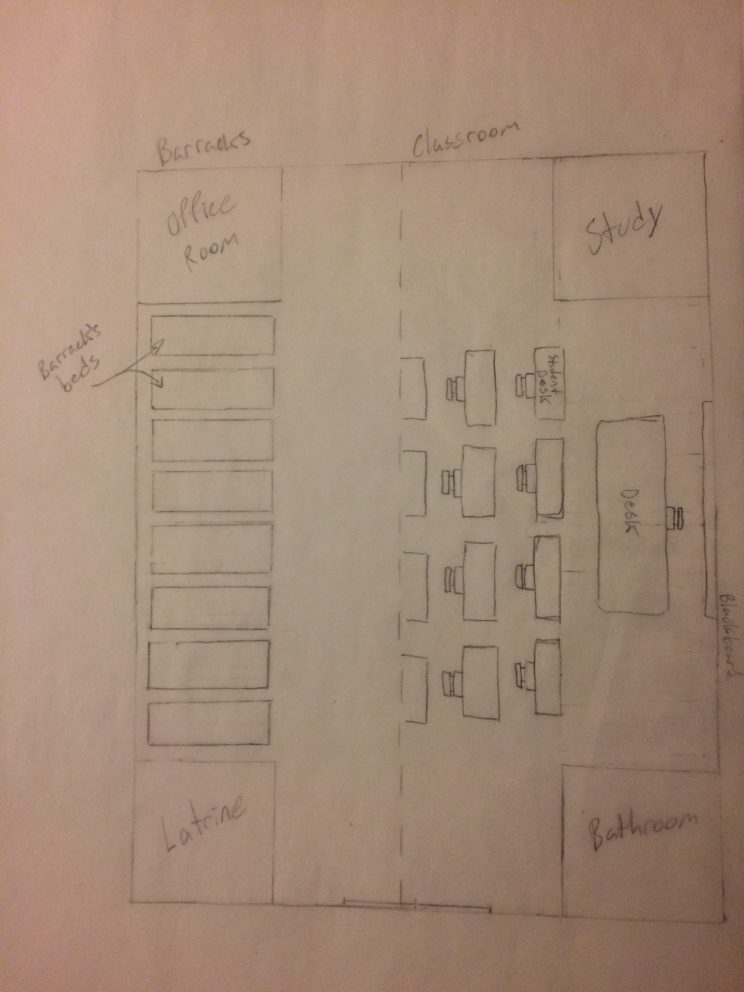 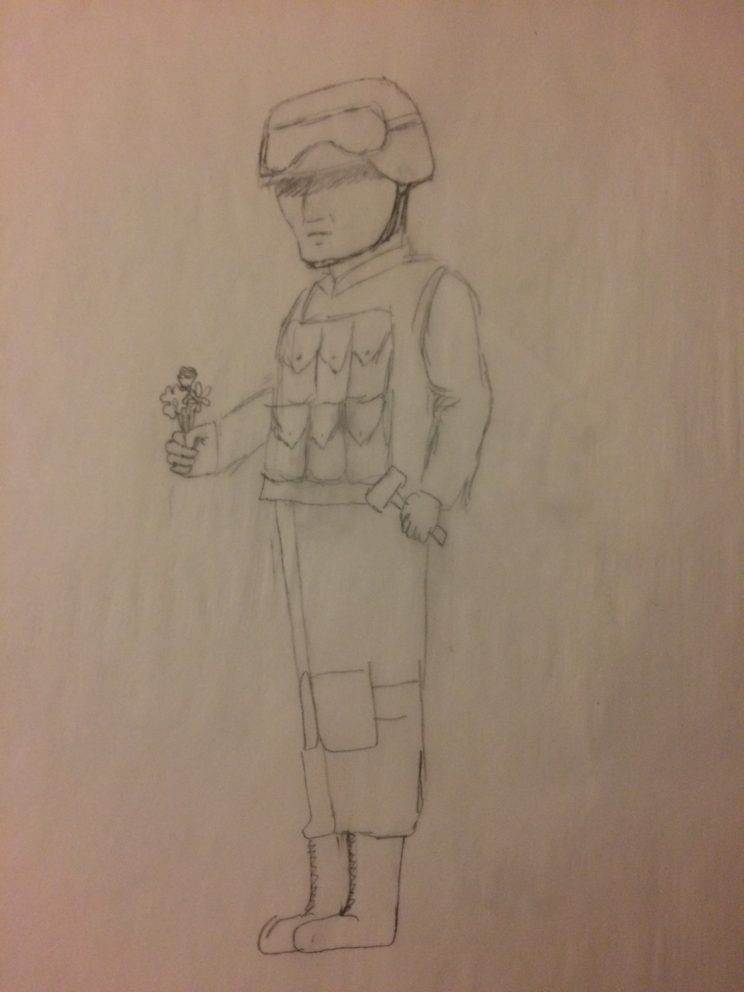 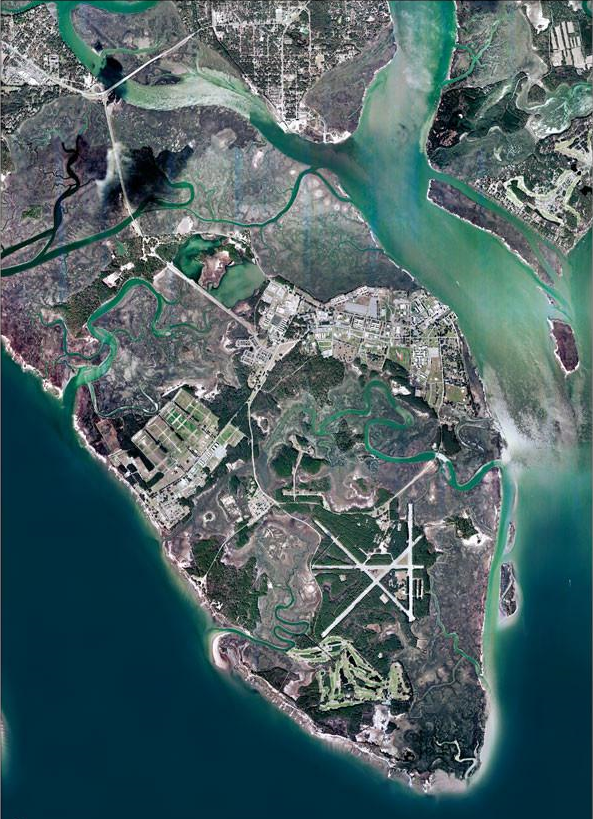