by Jessica Pullen-Schmidt on February 20, 2018 in Monument to Knowledge • 0 Comments

Our monument emphasizes the notion of organicism that was frequently drawn upon in Wigley’s Network Fever piece. We wanted to show how the conglomeration of knowledge is ever-changing and fluid, thereby mimicking a biological structure. Our clay sculpture contains networks made out of stick supports and tied string to show how the cultivation of the earth runs parallel to the cultivation of different disciplines of knowledge. Yet this does not lead to mastery over nature, rather, it seeks to work with nature as a model, and to derive abstractions from it while not trying to rewrite it. Because knowledge is not finite, fixed, nor predetermined with a certain outcome or destination, we tried to illustrate this through the inevitable spillover of earth that has yet to be fully contained within the human-made receptacle. In this way, our monument aims to articulate the coevolution of human knowledge and the universe, and the degree of collaboration inherent in such an endeavor. Lastly, we included a mirror inside of it to show the self-reflexive ways that we interpret the world.

The monument also functions as a kind of model for the creation of knowledge in the form of creating a theory attempting to describe a natural phenomenon but which is malleable and will fail to truly contain it. The monument is one to the generation and alteration of knowledge. Showing its nature as something changeable and imperfect but always subject to expansion and improvement. 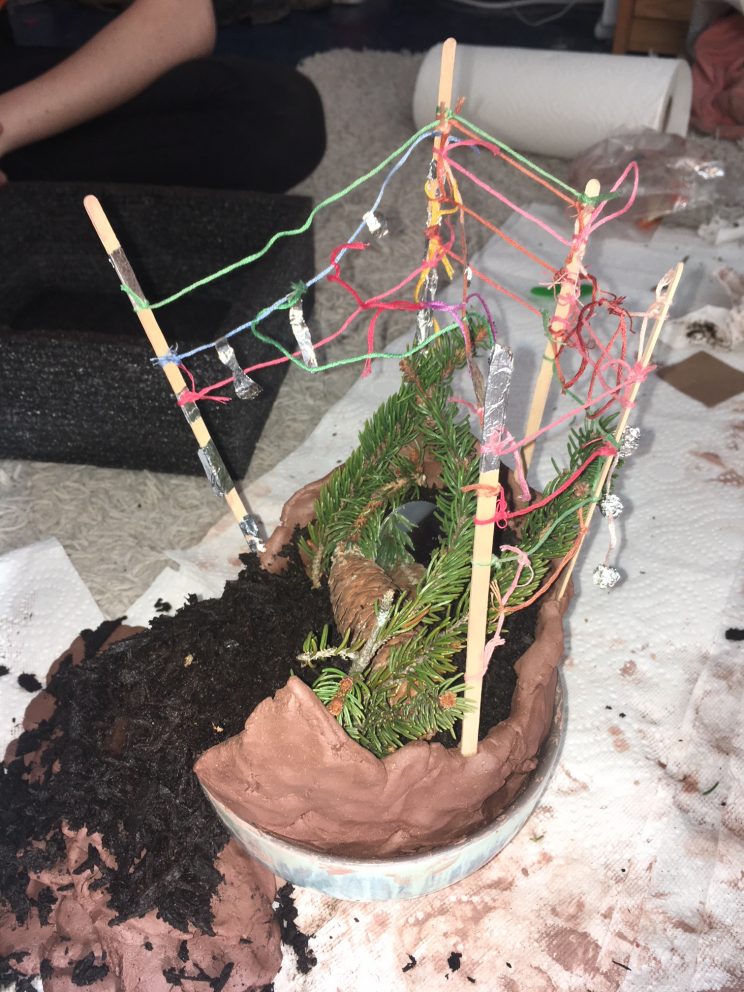 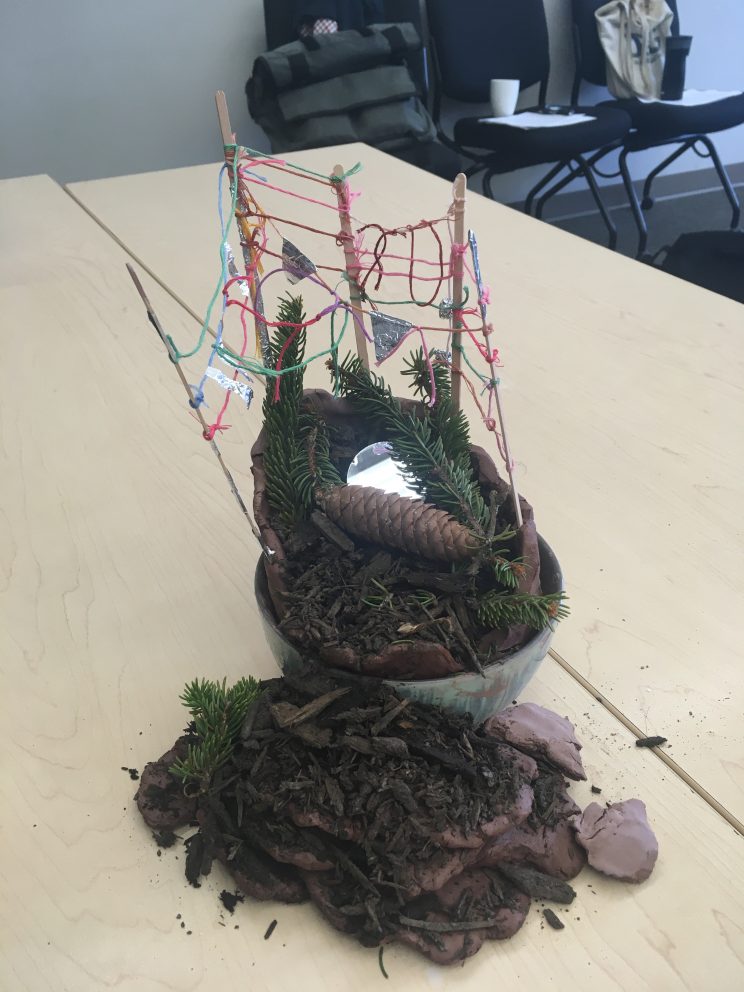