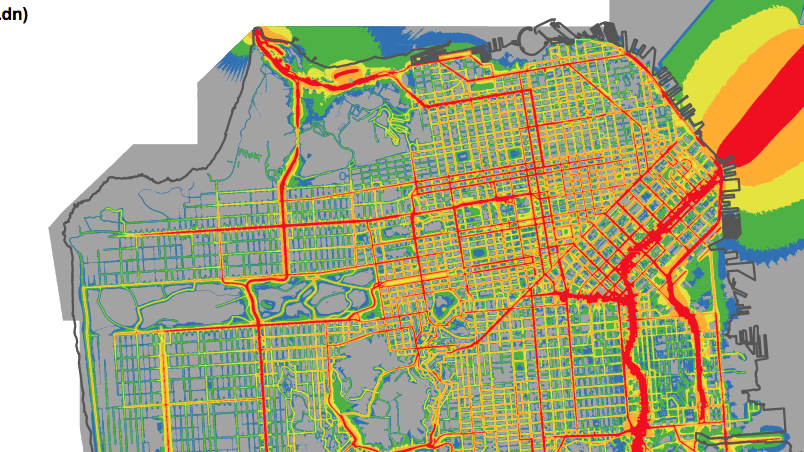 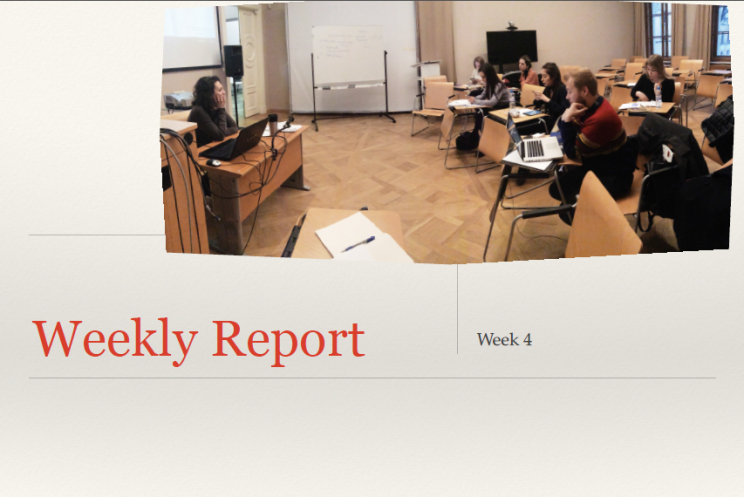 Week 4 was marked by untypical class discussion.
First part of the class was dedicated to our home tasks. We were listening to other students sound maps and enjoyed sonic differences in the same city, sometimes even in the same place.
We were dealing with texts during the second part of our class. Firstly our goal was to give a definition to the term “acoustemology”. There were mentioned few approaches which help to understand this term such as british social anthropology, relational ontology or some thinkers’ such as Maurice Merleau-Ponty Donna Haraway definitions.

The most interesting part of the class was our performative presentation of Schaeffer’s modes of listening. We were divided to four groups representing these modes: ecouter, entendre, comprendre and ouir. Each pair of student tried to represent idea of different mode of listening in performative way. It was interesting to observe which ways of representation were chosen. Some of our colleagues used verbal forms like schemes to explain the idea. Others used dialogue to show how special mode of listening functions. The other way of interpretation was parallel drawing while sound was playing. The last one was meditation-alike performance: students were asked to close their eyes. 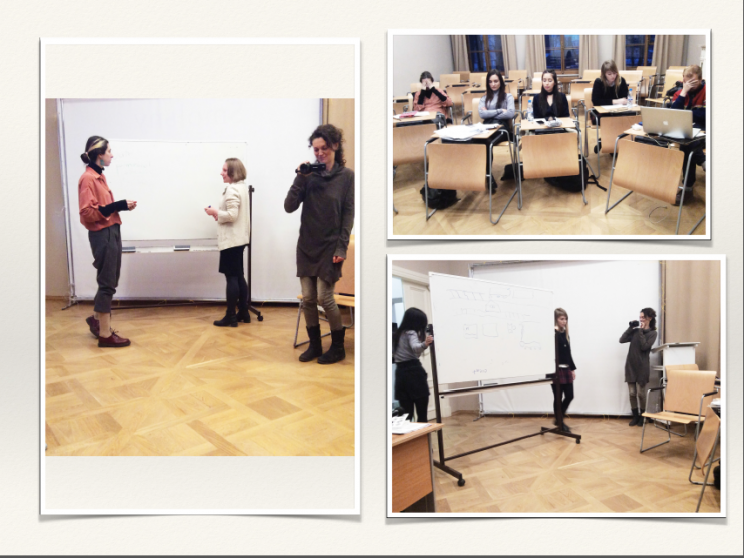