Churches were a vital in the promotion of national languages for immigrants and ethnic groups. After the Great Fire in Chicago the fast-growing urban city buffeted by the economic revolution in the 19th century. Churches saw great expansions not only by members but by the numbers of congregations being built. In 1889, the city of Chicago was in the midst of a growth that was difficult to account for. Churches were faced with the problem of having too large of members per church. The Roman Catholic Church in Chicago could count one church for every 2,202 members. As the immigrant population grew, the immigrant members joining these churches did as well. Ethnic neighbors began to centered around churches, which demonstrates the presence churches had on people in the nineteenth century. Norwegian’s for example, greatly benefited from the religious presence because it helped their assimilation to American culture. Although these neighborhoods gave immigrants a way of connecting with others from their homelands, it also segregated them from mainstream American society. Immigrants also have economic and social needs, American churches, temples, and synagogues have a tradition of helping those in need. Especially people who are in the most need for assistance. Churches used programs that emphasized participation within society to help integrate them into society.

In my mapping project, I attempted to gather information and visualize a map that illustrated the difficulties immigrants faced during their move to Chicago. The data gathered from the 1880 Chicago census and directories was instrumental in analyzing and plotting the origins of immigrants living in the twelfth ward. The goal of the map was to uncover certain historical records or stories of immigrant experiences and hardships, however the search came back inconclusive. The idea behind my project was to have personal stories supporting my census data. I was surprised to find a lack of information on the immigration movement and specific census data from the people who resided in Chicago. The data collected from the map found that a large amount of the population living in the twelfth ward emigrated from European, the majority of ages were between 40-60 years old with a few amount of children. I also began to plot points of where churches were and their denominations. It was interesting to note that many churches of similar denominations were in close radius of each other.  Although my map was unable to help demonstrate the social hardships immigrants had, it gave a visualization of the types of ethnicities of the people living in Chicago’s twelfth ward. 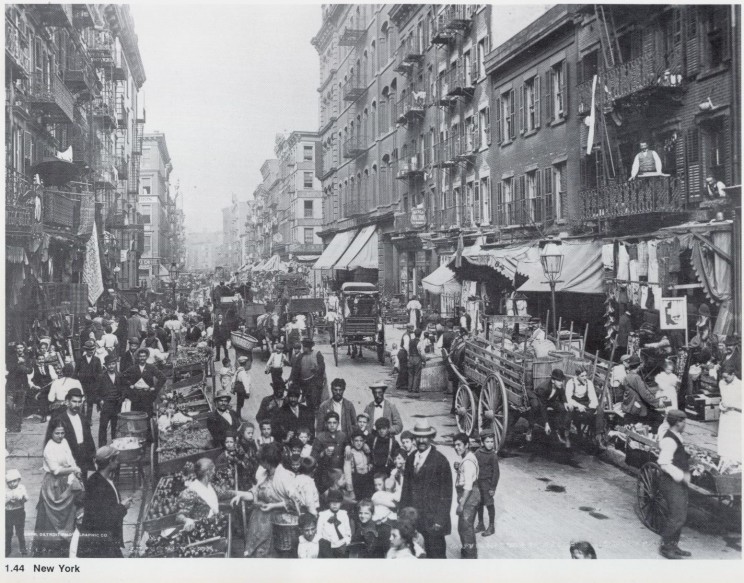