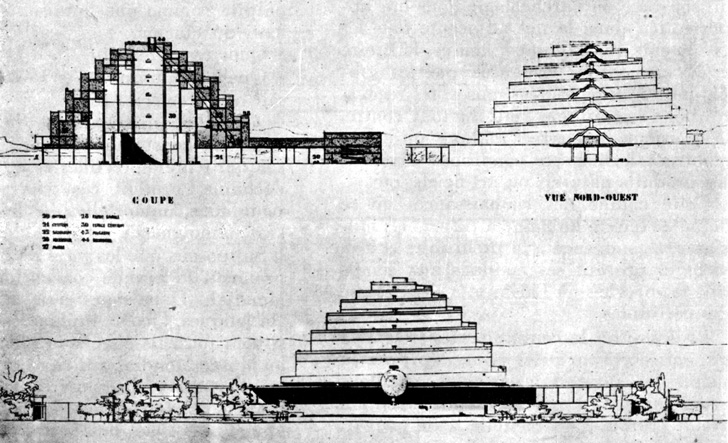 The construction for the Mundaneum was initiated in 1895 by Paul Otlet and Henri la Fontaine in Belgium. The word “mundane” comes from the French word “mondain,” meaning worldly. With the aftermath of the Enlightenment era, the Mundaneum was originally built to be a “centerpiece” of the world city. It resembles the global city in that it encompasses all people, but still divides them. The purpose of the Mundaneum was to make “higher knowledge” available to all kinds of different people, a kind of intellectual cosmopolitanism, but it is still visually evident that knowledge is hierarchical. The shape represents a social hierarchy linked to knowledge, but because of each level’s accessible stairwell it provides the ideology that people from less fortunate backgrounds can gain access to higher ranking through their knowledge rather than money.

The lay-out of the space, with its gradual ascension from the ground, resembles a pyramid–each level is rectangular and separated, with right angles. From the outside, the building seems very compartmentalized and geometric. Because of this appearance, the social aspect of the space, too, seems compartmentalized and segregated, each person only being able to view people on their floor. The separated floors represent social classes of some sort. I believe they represent the division of labor since each floor is segregated from the others, which really resonates with enlightenment thinking during post-Industrialization.

Down the middle of the building there are triangular windows that give the people inside a view of the West (drawn from the blueprint “vue murd-ouest” meaning “wall-west view”). Since the windows are large they allow the people on the inside to feel like they have some sense of community, but only on their specific level. Views are always better from higher spaces, so people on every level, except the top, are always getting a less-encompassing outlook of the physical space surrounding them. People will always want to be on a higher level, but every ascending level also gets smaller, making it impossible for everyone to get the best view that is possible. Since the triangular windows are like arrows, always pointing up, the people looking out from within will always know that there is a higher level above them that can be attained. The physical effort of walking upstairs exhibits the labor that one must go through in order to experience the best view. The function of the windows speaks to the capitalist ideology that there is always something better to attain, relating to the way society views social status.

Since it takes physical energy to get to the top, the building excludes a lot of people such as the elderly, the young, and the disabled. Although the building itself encompasses all different types of people, those who cannot physically manage to get up the stairs will be trapped on the bottom level. The way in which the Mundaneum excludes people from reaching the top speaks to how it was made for the part of the population most equipped to perform labor. Despite the salary they earn in the workplace, persons of all economic status are welcome to roam freely throughout the Mundaeum.

The Mundaneum resonates with Manfredo Tafuri’s “Reason’s Adventures” where he discusses the effects of the Enlightenment on the city and how “Architecture undertook the task of rendering its work political” during this time. The ideology of Boullee’s “National Library” combined with the physical aspects of Jefferson’s “Monticello” compares to the Mundaneum’s purpose: to represent the inclusivity of the global city despite its inherent divisions; to unify the population’s differences through the accessibility of knowledge. Boullee’s “National Library” aimed to create buildings that act as utopias when the viewer is inside of them, while “Monticello” aimed to create a reasonable relationship between the environment and the architectural work. The Mundaneum relates to both of these goals in that its functional role is to provide a utopian space within the “chaos” of the city, where the individual may or may not improve their knowledge.

The Mundaneum as the centerpiece for the city raises a lot of questions regarding the alienated character of labor, and how that alienation plays into the desire for knowledge. It also makes me wonder what kind of people are spending their free time to improve their knowledge, since work takes up such a large part of an individual’s life. 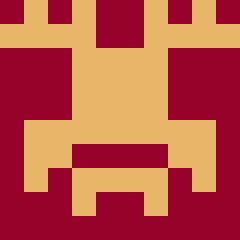 View all posts by Sarah Bonder
Skip back to main navigation

1 thought on “The Mundaneum & the Global City”