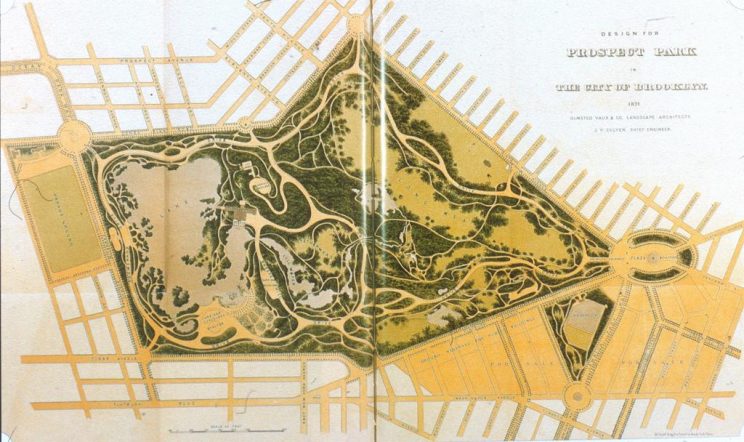 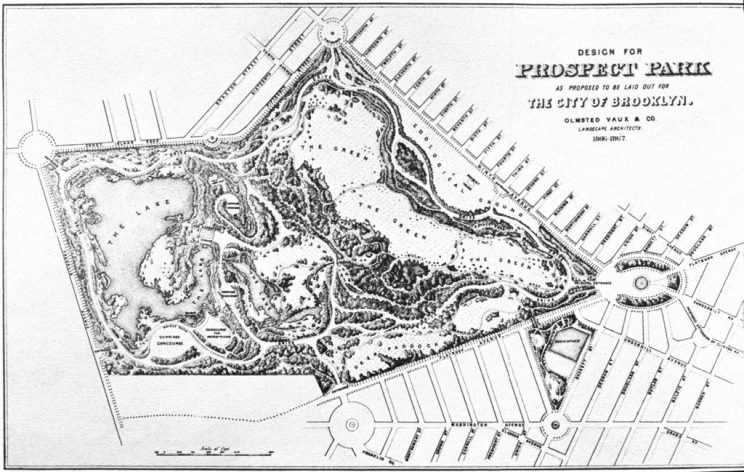 Bothered by the divorce between city-dwellers and nature, I began my search by looking for natural spaces within cosmopolitan areas. This, of course, led me to parks, and I landed only a few blocks from my house, at Prospect Park in Brooklyn, New York.

Two landscape designers, Frederich Olmsted and Calvert Vaux, designed the plans for Prospect Park in the late 1860s. The two, together, had drawn out sketches for the city’s first public park, Central Park, only ten years earlier. The existence of a park in one of Manhattan’s outer boroughs, Brooklyn became increasingly enticing as the borough increasingly became a commuter’s suburb. James Stranahan, Parks Commissioner at the time, believed that a Brooklyn park would “would become a favorite resort for all classes of our community, enabling thousands to enjoy pure air, with healthful exercise, at all seasons of the year.” Therefore, from the beginning, Prospect Park aimed to unite Brooklynites with natural settings.

The 1871 plan shows the park situated between city blocks on all five sides. Olmsted and Vaux’s Prospect Park wholly follows organic forms, a stark contrast to the city blocks that surround it. It features straight edges that meet in circular round-a-bouts and streets run straight into the sides of the park, terminating in one continues sidewalk that follows the entire perimeter. It seems clear that Prospect Park occupies a city space and an obvious physical boundary exists between the city surround the green space. However, once one crosses the sidewalk into the park, Olmsted and Vaux’s tendencies towards natural shapes appear.

The curving, vein-like pathways stand out against the dark forest green meant to indicate trees. These roads weave their way throughout the entire park. Larger ones join one another, forming pockets of trees and grass. They also branch off into smaller capillary-like sidewalks that carve their way through clusters of trees and expanses of open grass. The park looks alive. One could easily mistake it for the underside of a leaf. In the overall appearance, viewers see Olmsted and Vaux’s park transcending a space that simply contains nature; Prospect Park becomes nature.

The park occupies 585 acres of land and appears almost entirely green save for the paths, a large lake, and a few ponds. Trees and grass cover close to every acre and one can imagine, when standing in the park, not only the sheer physical magnitude of the trees that surround you, but also the quietness that they provide for park-goers. The large lake resides on the western end of the park. It takes on an organic, curving shape, with a peninsula jutting out towards the center. This finger of land inside the lake allows pedestrians to immerse themselves fully in a water environment. Smaller paths jut up against the lake as well, accomplishing the same. Again, we see Olmsted and Vaux ensuring that park-goers experience nature to the fullest, wholly removed from their regular city environment.

The few buildings that exist also lend themselves to the enjoyment of nature. The boathouse, for instance, facilitates boating on the lake. The Dairy, on the eastern end of the park by the Long Meadow, actually provided milk from the cows and sheep that grazed in the meadow to park-goers. Olmsted and Vaux, with the implementation of the Dairy, integrated a form of commerce into the park, making it a more versatile space. However, the existence of profit fails to divorce the Dairy from nature, the milk sold there was enjoyed with a view; the expansive Long Meadow and the trees surrounding it.

Another benefit that emerges from the sheer magnitude, tree cover, and numerous sidewalks of Prospect Park is the solitude and seclusion it provides. Olmsted and Vaux designed various walkways that follow small ponds and even weave their way through giant swaths of forest, allowing for secretive coves and green havens. The designers clearly had visitors in mind; they attempted to create a space where they could escape from their usual surroundings. These represent utopias in themselves for city-dwellers, who rarely experience detachment from the hustle and bustle of New York City.

Prospect Park exists as a natural haven within a city. It works to remedy the detachment between residents and the natural settings that they leave behind. Olmsted and Vaux create this union not only in the sheer existence of the park, but also in the forms that they designed within the park. Its organic shape, swaths of forest, and sanctuary-like natural escapes, all offer Brooklynites a sense of country retreat within one of the city’s outer boroughs. 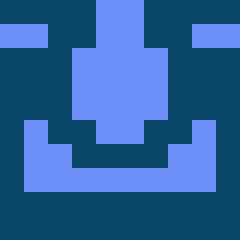 View all posts by Rose Wax
Skip back to main navigation