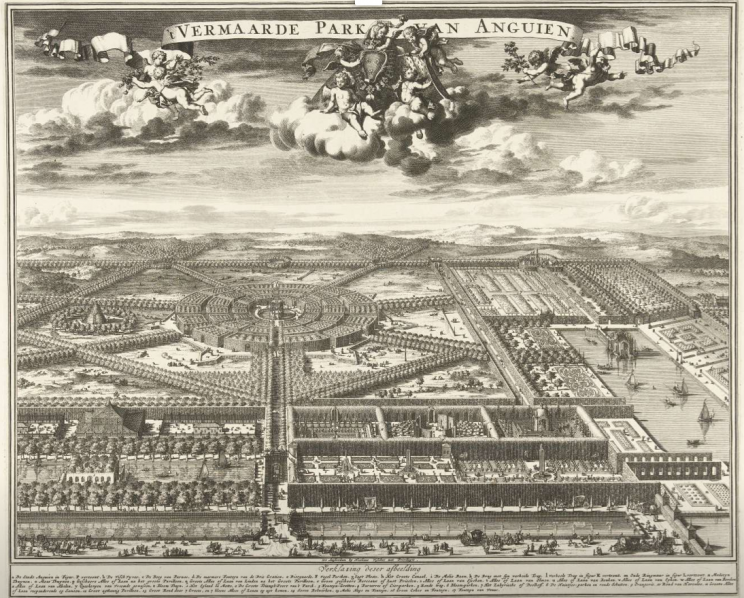 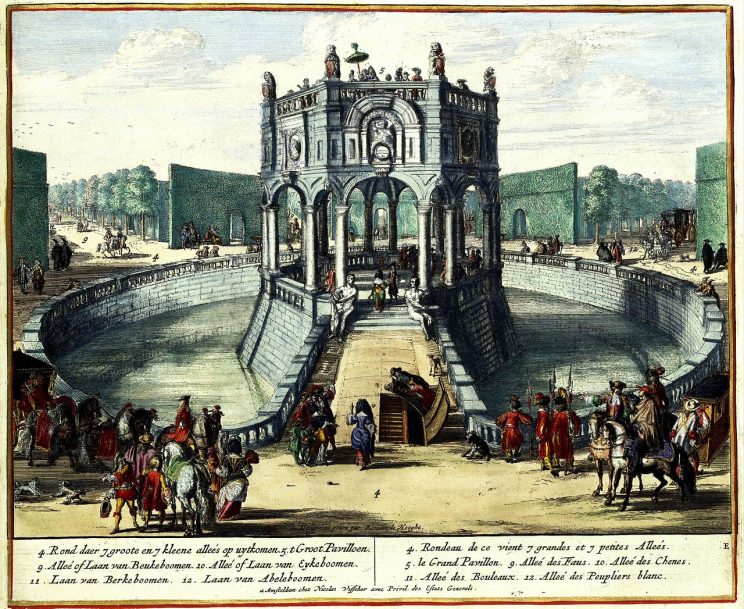 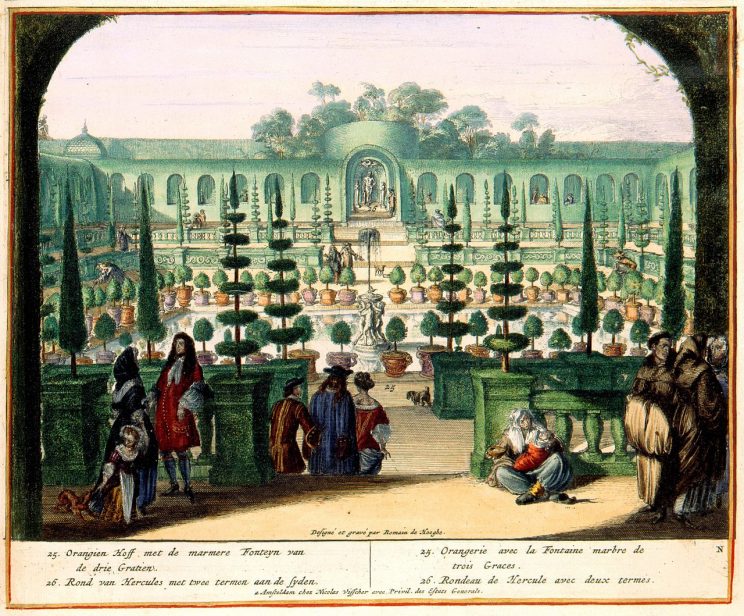 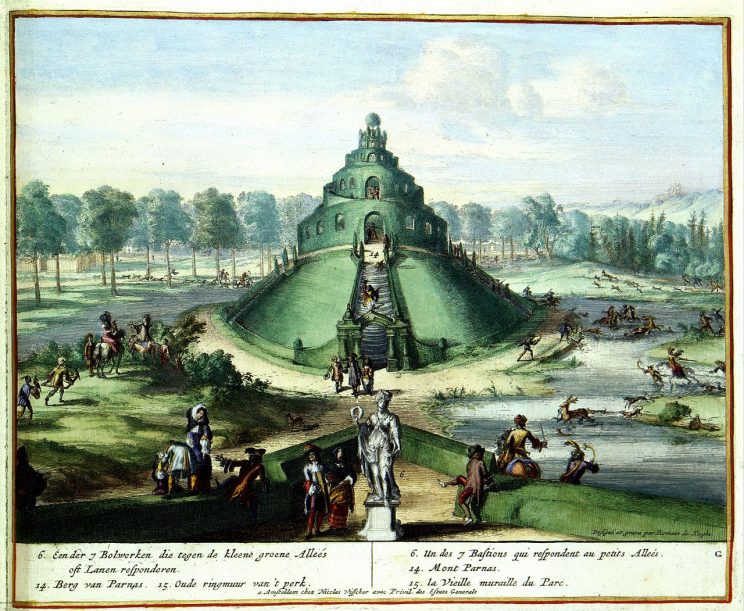 The utopia which I will be focusing on is the Vermaade Park Van Anguien: Park van  Edingen. The park was planned to be built within Edingen, a city in Belgium. It went through various stages of design and implementations. Main features and the  formal gardens, closer to the palace entrance were finalized around the 17th Century. The property ended up being neglected by the end of the 18th Century. The image was engraved by Romeyn de Hooghe, around 1680, and incorporated Le Pere Charles de Bruxelles’s design. This plan had accompanying smaller illustrations which depicted segments of the of the park with descriptions and labels. The idealization and use of the space is drawn from the concept of the Garden of Eden, which developed the sense of a natural sanctuary. The pleasure garden and park often tried to implement a sense of bliss within the ‘perfected garden.’  The pleasure garden was a space in which one could escape and be entertained within a constructed atmosphere of beauty.

The image is drawn from an imagined bird’s eye view. This forms an unrealistic angling and receding of space.  The confined park, as illustrated by the row of trees which runs across the middle of the page, is tilted towards the viewer, creating less of an exaggeration of receding space. This allows the viewer to better see that which is in the distance without as much distortion or scale change. The land outside  of the boundaries of the park appears to consist of more wild fields and forest which fade into the distance. This space contains a perspective which recedes much quicker. The difference in perspective allows the focus of the image to be placed on the detailed depiction of the idealized park. This composite of space allows around  half of the image to be taken up with sky.  The sky and clouds, within early modern Europe, were associated with the divine. Through this presentation the space of the park becomes associated with the divine. Those within the park gain a closer connection to God, as they enter the ‘perfected garden,’ like that of paradise itself.

The lack of the exterior space gives the sense that such an environment is dwarfed, unimportant, and almost nonexistent in comparison to the garden’s space. This could have translated to the experience of being within the garden. The garden due to its scale, controlled environment, and bordered area would have fully  immersed one within the space. The lack of awareness of the outside world could have been considered a pleasure, a means of escape. Spaces which was exposed to the exterior would have either been controlled ha has,  where the viewer can look out over the natural landscape, or grand entrance ways, which clearly mark a transition between spaces.

The lines of the park lead to the centered depiction of angels and name at the top of the page. The angels cluster around an emblem. A crown and fur robe is being placed on the emblem suggesting its connection to royalty. This reference to royalty acts as a type of stamp, sign of respect/dedication, or appointment. This directs the image to the upper classes, burghers, aristocrats, or nobles. The park becomes a space for such persons, as further described within the smaller images.  The majority of the individuals depicted traveling or occupying the space are shown wearing more elaborate clothing, within carriages, or on horseback.  This emphasis on the upper class does not exclude the space to such people, as beggars and Tonsure religious devotionals are illustrated  in the corner of a few of the images. The space, in this regard, brings people from various places together, enhancing the sense of community. Leisure, however, is most compatible with the upper classes. Some of the leisure activities depicted within the illustration were boating, strolling, shooting practice, and jousting further emphasizing a type of class.

The variation of activities and spaces were separated through the use of  very high hedges, roads, waterways, and rows of trees. This gives spaces particular purposes and atmospheres. The mathematical and precise divisions, act to form a more personal experience and environment. The large hedges and methods of separation, make the individual unaware of all of others occupying the park, placing the emphasis and focus on nature instead of people. Elevated platforms exist within the park such as the Central Pavilion and  Mount Parnassus (illustrated as a hedge pyramid on the left side of the image). These allow for those within the park to look out, surveying  the expansive of the land. This gives the users a sense of control over the land. Control over nature is further emphasized by the sculptured hedges, landscape, waterways, and gardens. It was believed that after man’s fall, God gave man dominion over all other forms of life. This concept of control, manipulation, organization, and categorization of nature particularly manifested itself within the garden, as everything was formed for the pleasure and use of man. The combination of pleasure with production is apparent within the choice to depict orchards and hunting grounds alongside the more decorative lower hedge gardens. The pleasure of picking fruit is displayed within the smaller Hague Circle with Orange Tree’s. The illustration of Mount Parnassus also shows those enjoying hunting deer along its base.

The scale and confinement of particular spaces within the map are particularly perplexing such as that of the hunting ground. The expanse need for hunting would need to be much more vast than what is illustrated within the images. A similar issue arose within the waterways with boats.  Scale and size seem to emphasize the purpose of the space, at times neglecting its actual scale and layout. The expanse of the actual park within the image is also uncertain, as it runs off the page. This gives the sense of its enormity, unable to be contained within an image.

This form of a utopia partially relates to the Garden of Eden or Paradise. The garden acts as an idealized utopian space in which an individual can retreat into the natural world, separating themselves from the external struggles. Other  more implemented communities, however, apply these aspects of  organization,  pleasure, aesthetics, and control.   The philosophers and planners who worked with concepts of the ideal form,  including Jefferson, Clubb, and Laugier, felt  that it was the mathematical division of space that determined the social and political structure of an area.  Early enlightenment views of spatial organization relate to the layout of the park. The ‘city like a forest’ view varied the sequencing of space into both a spontaneous yet structured form in which aesthetics could be applied.  Tafuri described that “Urban naturalism, the insertion of the picturesque into the the city and into architecture, as the increased importance given to the landscape in artistic ideology all tended to negate the now obvious dichotomy between urban reality and the reality of the countryside (Tafuri, 8).” Man in this regard worked with nature to develop a feature of social equality. This sense of equality is not in the repetition of a type of standardized space, however,  the composite of different arrangements, each holding their own language and use. The park, as depicted within Hooghe’s design, becomes incorporated with a variety of architectural styles.  Piranesi’s Campo Marzio illustrates this collision between the ordered and formless, equating to what Laugier would consider as an excessiveness. For Piransi it was the implementation of the Baroque ideology founded on the romantic English garden. Piransi’s principals became completely rejected on its  nostalgic expectations of the classical forms  and impaired symbols. Piransi’s city was in a sense an expansion of the concept of the park and admiration of the controlled landscape to the point where it developed the city into its own maze or labyrinth.

To further research this topic I could further investigate the plan of the Vermaade Park and it history as well as the use and concept of pleasure gardens. This would give me a better sense of the purpose and experience of such spaces. The history of pleasure gardens I feel could also be very interesting. The relationship of these gardens to the Garden of Eden is a connection which I feel may be very strong and contain a larger amount of symbolism and cultural values. Further research into urban naturalism and Piransi’s utopia I feel would give me insight into the fall of such decorative grounds. It has made me question the level of control over nature and its aesthetic appeal, as well as the combination of leisure and production spaces. I plan on doing my research through the library resources and online. 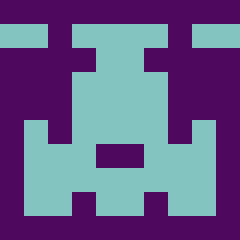 View all posts by Vanessa Kotovich
Skip back to main navigation