In a 1924 graphite drawing of his plan for The Vertical City, German architect and urban planner Ludwig Hilberseimer illustrates a cross-section of a city with no center, just endless blocks identical to those depicted. There is nothing natural, or organic in the drawing, other than the human bodies. There are not even clouds in the aggressively bare negative space that occupies the upper half of the drawing. The area is starch white and empty, free of any distinguishing features of the landscape like mountains or rivers. Hilberseimer’s ideal city is one that could be anywhere.

The bodies that dot the streets and walkways are several shades darker than most other features in the drawing. At first glance, they appear to be enveloped in shadows. However, considering the placement of other shadows and highlights throughout the drawing, it’s obvious that these bodies should be illuminated. Instead, they seem to be immune to the light cast on the rest of the Vertical City. The darkness of these human-shaped voids obscures any possibly identifying details.

The cars in the drawing are similarly concealed by artificial shadows. The darkened vehicles only appear on one layer of the city, the second highest, where they travel in a uniform, organized fashion despite there being no lane markers, or traffic signs. Cars dominate this layer of the city as there are no humans in sight, but the architecture doesn’t appear to accommodate them. There are no parking spaces or driveways and it’s unclear what these cars will do once they reach their destinations. It’s also unclear how they would know they had arrived because everything looks the same. The sections of buildings contained on the automobile layer are also composed of layers, stripes of glass and concrete. The stripe of window on the bottom floor is the thickest, perhaps suited for storefronts. On the other layers, walkways for pedestrian traffic mirror the roads of the automobile layer. There is no evidence of other forms of transportation in the city except for some indentations inside of one of the bottom layers that hint at subway tracks, but Hilberseimer gives us no train.

The highest layer of the city is commanded by identical and almost domino-like high rises. The viewer gets the impression that if one were to topple over then the rest would come crashing down with it. Square, evenly spaced windows give the narrow high-rises a waffled appearance. Those dwelling on the uppermost layer of the city are exposed to sunlight and open air, while those on the bottom layers are entirely cut off from any natural light source, or fresh air. The subterranean layers look like ant tunnels, or the cargo hull of a ship.

While the lack of identifying details in the Vertical City may be Hilberseimer’s way of suggesting its universal appeal, there is something disorienting about the absence of setting and the homogeneity of the design itself. The name of the city alone is proof of Hilberseimer’s prioritization of geometrical form above all else, specifically the vertical form. The Italian artist Giovanni Battista Piranesi parodies this allegiance to geometrical reason in his prison etching Carceri. In the etching, Piranesi constructs the stairways and arches of the prison with forms that are geometrically sound, but visually impossible to navigate. In Architecture and Utopia: Design and Capitalist Development, Manfredo Tafuri describes the maddening logic of Carceri, “the space of the building—the prison—is an infinite space. What has been destroyed is the center of that space…Thus what we see in the Carceri is only the new existential condition of human collectivity, liberated and condemned at the same time by its own reason,” (Tafuri 18). The rationalism of Hilberseimer’s city is similarly illegible, but instead of moving towards the fantastic with an overabundance of these shapes as Piranesi does, Hilberseimer excises his city of context and a recognizable center.

One especially puzzling aspect of Hilberseimer’s drawing is that vertical travel—traveling from one layer to the next—in the Vertical City appears as impossible as navigating Piranesi’s prison. There could be stairs or elevators hidden somewhere inside the towering structures, but the viewer is not privy to them. From the viewer’s point of view, the shadowy bodies are bound to the layer that Hilberseimer assigns them in the drawing. Does Hilberseimer mean to impose a hierarchy through this design? Or has an obsession with form blinded him from the reality it creates? 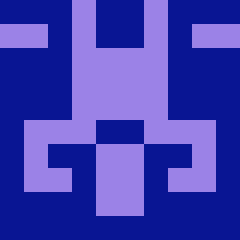 View all posts by Ana Bauer
Skip back to main navigation