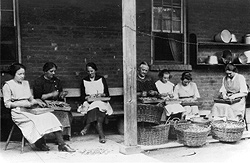 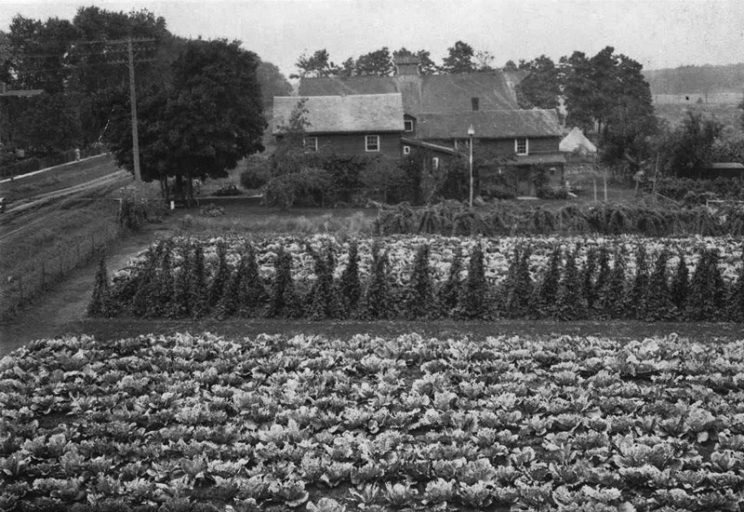 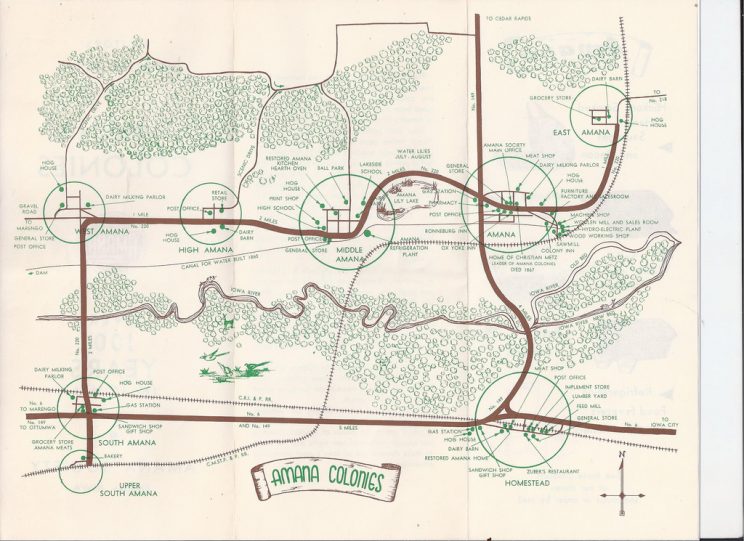 The Amana Colonies are a National Historic Landmark and one of America’s longest-lived communal societies. The community was founded off a belief system realized by Eberhard Ludwig Gruber and Johann Friedrich Rock. They believed in reflection, prayer, and the study of the Bible. Their belief system was based off that God, through the Holy Spirit, might inspire individuals to speak therefore being known in 1714 as the Community of True Inspiration or Inspirationists. The community was also established in 1714 in Germany, Christian Metz led the group of Inspirationists to America in 1843-44 and settled near Buffalo, New York. They worked cooperatively and called their community the “Ebenezer society” and adopted a constitution that laid out their communal way of life. In 1855 the community moved to Iowa because the vast open space and fertile soil were very appealing. Their name changed to Amana in reference to the Song of Solomon. Six villages were established at first: Amana, East Amana, West Amana, South Amana, High Amana, Middle Amana and a few years later in 1861 the village of Homestead was added to the colony. All property and resources were shared – men and women were assigned jobs by the village council brethren and no one was paid because there were no monetary exchanges between community members.Everything was shared in the community including the kitchen and meals. There were over 50 communal kitchens supplied by the village smokehouse, bakery, large gardens, orchards, and vineyards that were all maintained by village members. About 30-40 people ate in each kitchen; men ate at a different table from the women and children. The girls of the community, after completing the eighth grade, operated the kitchens with a kitchen boss (who was always a woman) that supervised the work. The women of the community were assigned various tasks in the gardens and preparation process of cooking. The roles in the Amana community were very gendered dividing the men and women to do jobs that were characteristic of their gender. Not only did the women cook but they also did the laundry while men did more laborious work. Although that way of societal structure does not sound like equality – all members of the community shared in its economic success.

The communal kitchens were large spaces where many people could work and eat. They usually went out to a porch and large gardens. This plan allowed for the cooking process to be fresh and efficient. The image with the Amana women preparing vegetables outside of the communal kitchen is from 1926 and exhibits the communal effort to come together and prepare meals in a large gathering rather than small family units. This was one of the key aspects to communal living because it was valuable time spent together as a cooperative society. In this picture, it is shown that the women are working individually on preparing vegetables for a meal but they are all sitting around in an open space therefore exhibiting a sense of community. The women are arranged in an inviting manor for more women to join or a group conversation to start. The porch is key to the location of this photo because the women are not in the kitchen cooking but they are in the predatory stages outside of the building probably looking out into the garden. The dynamic between the women seems to be very social which also caters to the communal living structure. The people in the Amana colonies would have to be very social not only because they are eating every meal in a communal setting but because they are also working together as a unit.

The image showing the large gardens outside of the structures that the kitchens were in show the proximity of the food to table. The Amana people were very self sufficient and this is a perfect example of that. The plan to have the kitchen spaces close to the gardens was very creative because then the food grown in the garden could be prepared on site without having to travel much distance or have any complications with last minute add-ons.

The layout picture is included for context, it is not an original map but it does show the location of each village so one can imagine the communities in space.

0 comments on “Amana Colonies”Add yours →